This news site"The Bathing Times", is issued by japanese public bath "Tsumugi-Spa" in the town of Ichikawamisato, Yamanashi prefecture. The name of "The Bathing Times" was derived from named the famous American local newspaper"The New York Times. This name is a pun, by "New York", the sound is similar to "Nyuyoku" at the Japanese translation of "bathing". Japanese translation is here.

Energy saving by sharing the warmth or coolness.

- Restructuring of the Japanese lifestyle -


Situation in Japan until now 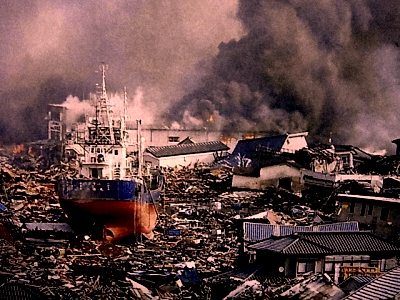 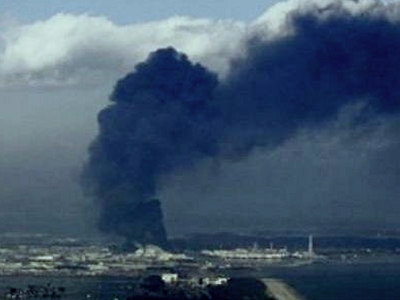 Even though after the Great East Japan Earthquake, nearly two years has passed already, the spread of renewable energy in japan to be alternative to nuclear power are not little progress.
During the transition period, japanese must rely on hydroelectric power, thermal power generation through the use of fossil fuels by imports. In addition, due to the lack of power generation, japanese people and companies will be forced to power saving, must do a social life while feeling inconvenient. It also increases the cost of electricity, it is stymied national life is concerned.
At present, the issue of power, "safe" and "stability" of balance, it is a step that is to discuss the pros and cons of the operation of nuclear power plants.

Japan's power-saving method in the first stage is to put up with the heat, the cold, the inconvenience was mainstream, for example, temperature control air conditioning, suppression of the number and time of illumination, the shortening of working hours, and other.
These results were to induce health hazards, such as the freezing to death in the winter, a heat stroke in the summer. In addition, under the influence of excessive power saving, business and consumer activity has largely stagnated. As a result, the Japanese economy has continued to deteriorate.
This, as a measure after the Great East Japan Earthquake is not a mistake. However, by continuing this state, Japan is likely to go to the wall.

Energy saving by gathering in one place

June 2012, the new idea of power-saving was born, activity has started. The idea is based on a sharing of energy, It was named "Cool Share" as conceived by Masahiro Horiuchi, Professor in the Department of Design at Tama Art University, and Project team of his students.
"Cool Share" means share the coolness, try to run an efficient energy saving by gathering people in one cool place.
And their efforts began in earnest in Kumagaya, Saitama Prefecture in July of the same year. "Cool Share" has conducted as massive effort in cooperation with local governments, corporations NPO, commercial facilities and other. In addition, the Ministry of the Environment has decided to recommend this effort, "Cool Share", as a method for energy saving of summer.
By the way, there is a public bathhouse which was the forerunner of the "Cool Share" in July 2011. It is a "Tsumugi-Spa" in the town of Ichikawamisato, Yamanashi prefecture in Japan. Here has become a place of power saving by gathering people.
Here, the service called "Campaign of Power-saving Assistance" is performed. This is a service that "If you turn off the power of your own home and come here, you can bathe in the discounted fee".
Hideki Hosaka, Manager at public bath "Tsumugi-Spa", said during an interview with Japan Broadcasting Corporation, "Here, the power consumption is not affected, even if the number of customers of the day increased to 100 from 1".

Means that, to increase the amount of time that people spend in public facilities. It will be possible to reduce the time at home, a total power consumption is reduced. This example represents the basic philosophy of "Cool Share" of energy saving by the people gathered in one place. It is also the concept inherited to "Warm Share" below.
Then, "Campaign of Power-saving Assistance" by Tsumugi-Spa was decided to cooperate in the "Cool Share".
Then, based on the results of the "Cool share", as energy-saving project of winter, coming November 2012, the Ministry of the Environment, has launched a national project of one. "Warm Share" in the sense of "warmth sharing" of based on the idea of "Cool Share" are carried out on a nationwide scale. Are spreading across the country to more than "Cool Share" now.
In addition, similar efforts around the country, shared one. 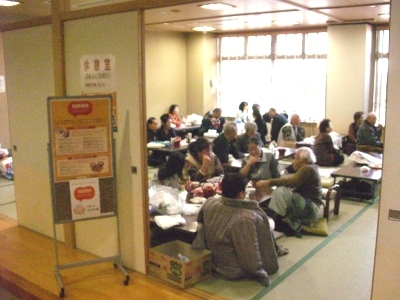 Conducting such as "Cool Share", "Warm Share", and "Campaign of power-saving support by Tsumugi-Spa", is the transition to "energy saving with fun and communication" from until now "energy saving to endure".
It is an example of the "Campaign of power-saving support by Tsumugi-Spa".
Of course, this service is intended to support the power saving of the household for visitors of here. However, by giving the opportunity to go out to the people, We also appeared a completely different effect. However, by giving the opportunity to go out to the people by this, we were able to discover a completely different effect.
It is communication that occurs naturally between people who are visitors. Opportunity that many people stay in one place for a long time will trigger to eliminate that people-to-people exchanges have become estranged. This means that the Japanese people will rekindle the spirit of "harmony" that has originally.
In addition, promotion of going out is expected the economic effects. Because, by people going out, their money is in circulation in the country. This will give a vitality to the Japanese slump economy since the Great East Japan Earthquake.
Noteworthy is that the energy-saving project has become a different social effects of these.

Spread as a national movement

The Ministry of the Environment is promoting educate "Cool Share" and "Warm Share" to the Japanese people as their lifestyle. It is a project that was a long-term perspective rather than a one-off campaign.
This is an effort to instill energy-saving lifestyle of the Japanese, among until renewable energy spread throughout Japan.
Perhaps, the people of the world need to learn from Japan this effort. Effective use of limited resources will be one of alternative energy. 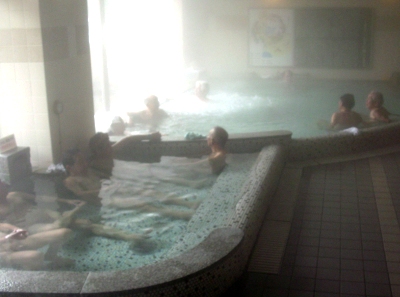 The above initiatives is not never novel approach. In Japan of fewer supplies and resources, people had to act these naturally as wisdom of life.
The family gathered in one place into "Irori" or "Kotatsu", and keep warm together in the cold winter. We go for cool down together, to the river, to the shade of a tree in the hot summer. Among them was somehow born exchanges.
In the past, the lifestyle of japanese, the communication had been born to the family and their neighbors.
From the point of view of people overseas, the Japanese would have felt to be a nation that values the spirit of "Wa" or "Mottainai". So, viewed from people overseas, in Japan, this action may be very humorous. This is similar to that of "Ninja" and "Samurai" in Japan are now missing.
Although we have described above, "the people of the world should learn from the Japanese". As well, we should also learn from the old Japanese lifestyle.
As much as anything else, this approach is that everyone should be practiced in everyday life and work, without unreasonable, we need a slightly varying behavior of everyday.
Energy-saving project will be something that should be practiced in a step-by-step fashion to exploit the idea of individual citizens in their own lives and professions.

Upon delivering this information, I am concerned about whether you can understand the content to everyone in the English-speaking world, because this sentence is due to my poor knowledge of English translation. Actually, I do not have experience at reading, writing and conversation in english. However, I was able to complete the sentence upon trial and error by borrowing the power of the competent translate "Google Translate". Special thanks to Google of providing superior technology and services. In addition, I felt that these technology and service is one way to share the world, by the same point of view to sharing energy. This time, I hope steady efforts for the crisis in Japan is able to report to the world.