This news site"The Bathing Times", is issued by japanese public bath "Tsumugi-Spa" in the town of Ichikawamisato, Yamanashi prefecture. The name of "The Bathing Times" was derived from named the famous American local newspaper "The New York Times". This name is a pun, by "New York", the sound is similar to "Nyuyoku" at the Japanese translation of "bathing". Japanese translation is here.

- Let energy saving by leveraging the heat generation function of the body in winter. -


"Tsumugi-Spa" & "Nido Sports Center" in the town of Ichikawamisato, Yamanashi prefecture in Japan 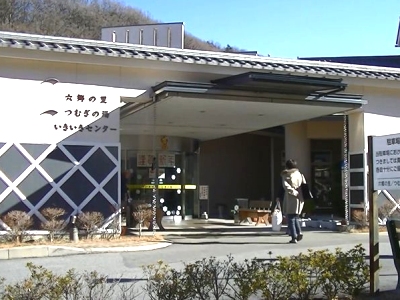 Ichikawamisato town located in the Midwest of Yamanashi Prefecture in Japan. Here is a small town of less than 17,000 population.
"Tsumugi-Spa" at located in the most southern part in town has attracted attention from all over Japan.
The effort by "Campaign of power-saving support" has been carried out started in July 2011 after the Great East Japan Earthquake. And the next year, it implemented the idea of the "Warm-Share and Cool-Share" recommended by the Ministry of the Environment and carried out.
There plays a significant role as a space to support energy-saving for many people. 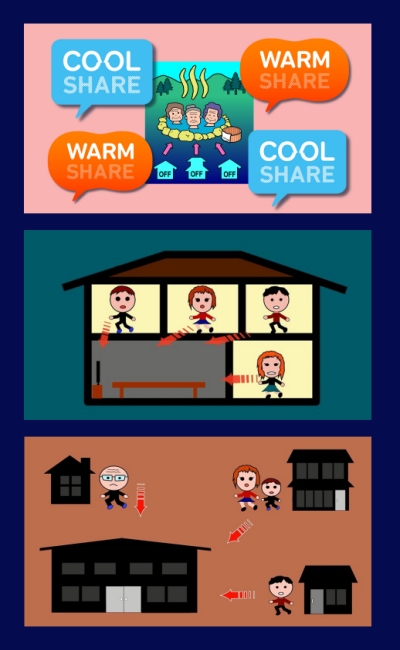 First, we describe briefly the "Cool-Share" and "Warm-Share".
The basic, by gathering many people in one place, is to reduce the power that was used in each.
It is to stop using the illumination and air conditioning in separate rooms, family used together in living room.
In addition, everyone go out aggressive, for spending at the store or facility which worked of the cooling and heating. Such is an initiative to encourage the behavioral patterns of daily life.
"Cool-Share" is the sense of sharing the coolness in summer, and "Warm-Share" is the sense of sharing the warmth in winter. 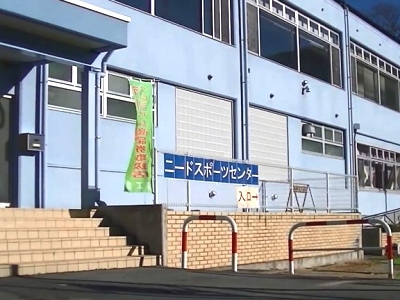 This time, in particular, we will introduce initiatives to strengthen "Warm-Share", around the efforts of this hot spring facilities "Tsumugi-Spa". First, they are named "Warm-Share of Fat Burning type" at the theme to "Let's warm together by moving our body!". For this action, people who are sports and exercise, had felt effect already. The efforts of warming body by ourself will effect not only our health but also our energy-saving in winter.
Rising in body temperature by exercise can be likened to private power generation in the body.
By the heat from inside body, the use of heating equipment can be suppressed significantly.
"Keeping warmth by moving our body" has also become one of the recommendations of "Warm-Share", in 2012, Ministry of the Environment was also enlightening to everyone.

In this winter, "Tsumugi-Spa", was allowed to experience of this action into the local people and visitors actually, by co-operating with the fitness gym "Nido Sports Center" of the same public facilities.
We will introduce some of them.

The training by exercise equipment in Nido-Sports-Center 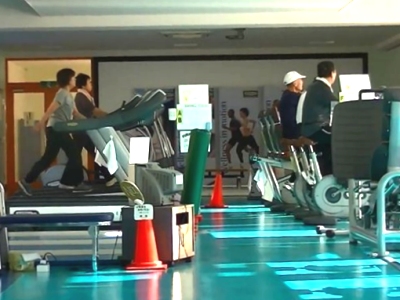 Here, Municipal Fitness Gym "Nido Sports Center", has been daily use of people, at wide range of age, regardless of age or sex.
By the motion guidance by personal trainers, and are implementing the training that matches the physical fitness of the individual.
Here is the most suitable place to perform at "Warm-Share of Fat Burning type".
By exercising ourself, we can raise the body temperature. As a result, the effect of body-warmth will continue for a while. 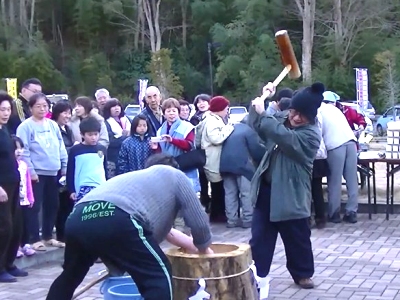 As the annual event of the New Year, at Tsumugi-Spa, carry out "Experience to building a rice cake by human power" every year.
This event building by "Kine and Wusu" in traditional tool, will use the physical fitness more than expected.
Even by hitting 10 times, and we can be warm enough in winter. If we hit 30 or more times in a row, sweat comes out.

"Creative paper airplane flying competition" was held in the square in front of the entrance of Tsumugi-Spa.
This is a game-type event "Throw the paper airplane into the prize frame, we get this, if it landing".
But, the organizers were put the spirit towards making a practice than your production.
Because, this event was aimed at the effect of warming the body, by repetitive motion in the time of 30 minutes up to our production. "Making", "Throwing", "Running", "Picking up" and "Returning".


The water exercise in walking bath in Tsumugi-Spa 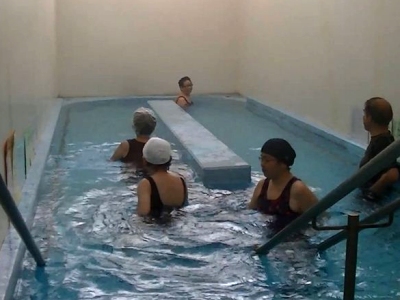 In Tsumugi-Spa, it is equipped with a tub of warm water pool type in addition to the normal bathtub.
This tub, 1.2 m water depth. There is a water level to the position of our chest.
By walk while performing such stretch in this, muscular workout that does not put a burden on joints such as legs can be. We can also to improve the cardiopulmonary function.
It is said that by performing well, to be effective warm up the sauna or more. 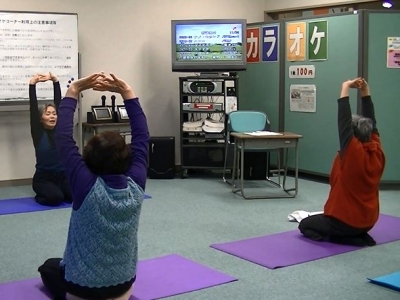 In addition, it has been held on a regular basis as the annual business various health courses that beginning with the yoga stretch classroom.
It has done as preventive care business and health promotion by increased flexibility due to stretch normally. In the winter, we have the theme of the activation of body temperature adjustment function due to the warm move the body. 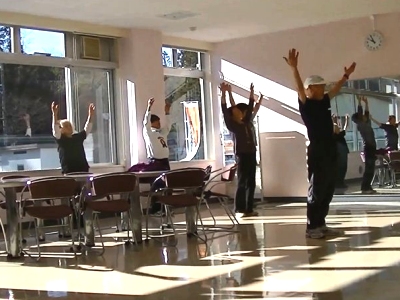 On the other hand, in Nido sports center, we conducted "radio exercises" as the target user at the time of opening 10:00.
This is an initiative that also serves as a warm-up before the training, but this alone, we will exercise considerable.
Japanese people has experienced it as a national gymnastics basic operating also incorporates firm.
But, we were not not taking advantage of it in their daily lives.
Here, we tried to use as one of the initiatives of the "Warm-Share". This was a surprising effort enough to be attention from various media.

In addition, surprisingly, this attempt is referred to as "Let us warm ourself by Radio gymnastics.", began to ripple through the activities of community association other.
It is the case on the first step of the spread of "Warm-Share of Fat Burning type".

Other Warm-Share of Fat Burning type

As other service, enjoying karaoke, positioned as "Warm-Share of Fat Burning type" warmed a lot of people in Tsumugi- Spa. 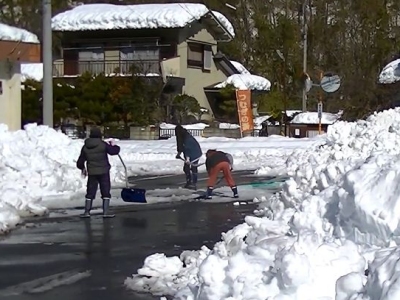 In addition, this winter, unexpected, this project had got a benefit by the disasters.
February, between 14 to 15, 2014, heavy snowfall of unprecedented attacked the Kanto region around the Yamanashi Prefecture.
Snow accumulation of more than 1m left a damage to a number of each region. Many Injured persons, property damage, and catastrophic damage of agriculture, was most enormous.
Coincidentally, in this situation, at the facilities, shops and homes, the activity, regarded the Warm-Share, was done quite naturally. It was "The snow shoveling".

In the morning of February 15, 2014, snowfall was stopped. Then, around the home, snow shoveling of human power has started by many people at once.
As a result, consumption of electric power was greatly different, when compared the day of the activity outside by the "snow shoveling" with the day of the quietly inside by Snowfall. Electricity consumption of home was approximately 20% less than in the previous day, by suppressed heating and lighting at "snow shoveling" outside.
In addition, physical contact in the region by neighborhood performing together "snow shoveling" work was born.
The then, to help the isolated housing, regional "snow shoveling" volunteer activities such as, was also a occasion many was cooperation.

Well, In fact, the effort "Warming ourself by moving the body", before it is recommended in "Warm-Share", that's the way japanese have done from time immemorial.
The children's play "Oshikura-manju", it is said that the origin is traced to the Edo period of Japan .
It is a game that children of plurality gather and jostle in the frame. The result is defeat When pushed out of the frame. It is a very simple game, but that, by jostle all in, we are very warm.
This is one of Japanese culture incorporating the wisdom of relieving the cold in playing. Age of no heating equipment, Japanese people was produced the energy for heat by own body.
This also might be such that people in cold areas, was trying to warm by liquor from the core of the body is also similar. 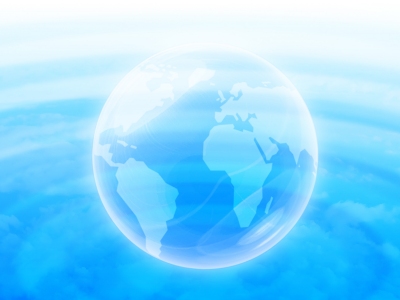 It is a conclusion, the action "Warm-Share of Fat Burning type" is produced a energy conservation, exercise, and communication with local communities.
The efforts together of warmth for body and soul. It was "hot winter" to forget the cold.

The fossil fuels, the nuclear power, and the alternative energy, and the electric power generating as a result, they are essential to our modern life.
However, excessive reliance to these have exacerbated the global environment. And, pollution, natural disasters, and health damage, comes back to our own as a replacement for convenient.
That's why, we should continue to run as much as possible the "energy saving", as one of the efforts to protect the ecosystem on earth.
Reducing the demand for energy will lower the supply. That is, the need to generate the waste power is eliminated.
Energy-saving effort also can be considered the alternative energy as a result.
The action that we are able to do without knowledge, technology, and the political power is the only energy-saving efforts.
Initiatives mentioned here, only a few examples.
If it is you, the best way might be found in more simple. Please let's think of the best way on your own, and you act for the future of the earth!